Athletes using Citrulline Malate will have more energy to train better and harder and will recover faster from their training sessions.

Citrulline Malate has made its way into the world of athletic performance. This unique combination of the amino acid Citrulline and the organic salt Malate offers athletes with a new choice in improving performance and recovery. As an intermediate in the Urea Cycle, Citrulline aids in the removal of endotoxins such as lactic acid and ammonia. These endotoxins are produced through intense physical activity, protein metabolism, and catabolic states. Endotoxins damage living cells and wreak havoc on athletic performance.

And that´s not all, studies suggest that supplementing CM at a dose as low as 4 grams a day may help reduce muscle fatigue, support ATP production, and support Phosphocreatine recovery after exercise. 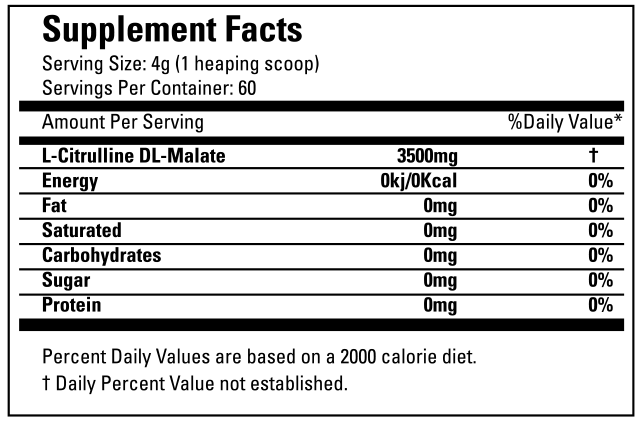