When it comes to speed on training, the SPEED TR model is second to none. These shoes have been designed to accelerate every WOD and fight with every task that appears on the board! The Flexweave version has been improved and also equipped with several new technologies that will help you overcome every workout. Immediately after the Nano model from Reebok it is the most common choice of people training CrossFit - their quality was also appreciated by people exercising at the gym, runners and fitness enthusiasts.

WHAT SHOES CHOOSE FOR CROSSFIT? WHY IS IT WORTH TO CHOOSE REEBOK SPEED TR?

The SPEED TR Flexweave model is a response to the growing needs of all physically active people. The upper in the shoe has been designed from a mighty durable CORDURA fabric used, among others, in military clothing - it is a guarantee that the shoes will cope even with the worst conditions in which you will use them. Thanks to a sole made of a patented rubber compound, you can be sure of stabilization and grip during each workout.

In Reebok shoes, the RopePro system is already standard, supporting rope exercises, protecting shoes from damage. The low profile is also the standard of footwear for CrossFit, also used in the Nano model.

- An outsole with a cushioning and foot support system, made of EVA foam,
- Sole material made from patented rubber for even better grip,
- RopePro technology supporting shoes during trainings using a rope,
- Low profile of footwear that works well during truck sessions and increases speed,
- Upper made of CORDURA material, used, among others, in military clothing,
- The MetaSlit system guarantees the flexibility of the sole while stabilizing the foot. 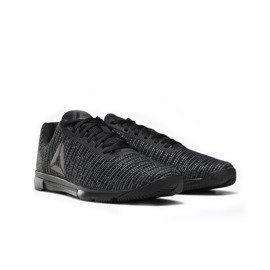 Users reviews
To rate this product or to add a new review, you need to log in.

Reebok Nano X1 Men's Shoes
87,26 €
Subscribe to the newsletter to receive 5% on purchase for the first order*